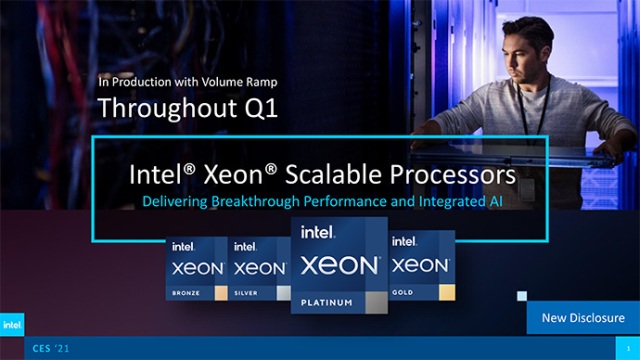 “Our 3rd Gen Intel Xeon Scalable platform represents a strategic part of our data center strategy and one that we’ve created alongside some of our biggest customers to enable the data center of tomorrow,” Navin Shenoy, executive vice president and general manager of the Data Platforms Group at Intel, said in January.

The x86 architecture has remained the mainstream server architecture at the end of 2020, according to TrendForce.

Intel took the lead in the x86 server segment with 92 percent market share thanks to the wide-ranging positioning of its solutions.

Edge computing, which involves low-latency data processing, has risen to the forefront of server applications in response to the rise of AI and 5G networks. Ideal use cases of edge computing include autonomous driving, IIoT, and other proprietary commercial applications.

ARMv8-based solutions are the most suitable for edge computing applications in terms of both cost and power consumption. ARMv8 solutions have been occupying a growing share within the total shipment of all ARM solutions, and North American data centers have been the most aggressive in adopting these solutions.

Intel’s x86 CPUs are the mainstream among server platforms. The company has started shipping a small batch of Whitley Ice Lake CPUs to its clients in the data center segment in 1Q21, while bulk shipment to branded server manufacturers is expected to take place in 2Q21.

Intel expects Whitley Ice Lake CPUs to account for about 40 percent of Intel’s CPU shipment in 4Q21, though adoption by buyers remains to be seen.

The Whitley platform allows Ice Lake CPUs to be compatible with the fastest DDR4 standards and therefore provides a major improvement in both data transfer rate (MT/s) and maximum capacity of DRAM supported per CPU.

Though AMD’s mass-produced server solutions are slightly superior to competing offerings from Intel in terms of specs and pricing, AMD will not make significant adjustments in its upcoming Milan platform. AMD will unlikely be a factor that propels the overall bit demand for server DRAM.

Whitley Ice Lake is Intel’s first server processor platform that supports PCIe Gen 4. Although AMD was already mass producing server CPUs featuring PCIe Gen 4 support in 2020, Intel will likely be more effective in leveraging this advantage across the application ecosystem. The reason is that Intel is the long-time leader in server CPUs and controls the lion’s share of the market.

Intel aims to synergize its latest server CPUs with the second generation of its Optane SSDs. Working together, they are expected to significantly enhance the computing performance of servers for the applications that will become mainstream in the future (e.g., AI and machine learning).

TrendForce believes that the penetration rate of PCIe Gen 4 will rise rapidly in 2H21 as Intel and AMD step up shipments of CPUs that support this interface.

Intel plans to begin mass production for server CPUs belonging to the Eagle Stream platform at the start of 2022. Since the Eagle Stream is designed to support PCIe Gen 5, it will provide another significant boost to the data transfer rate.

AMD plans to commence mass production for server CPUs based on the Genoa platform in 2Q22. 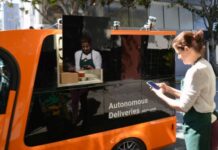