SoftBank transformed the tech industry with big bets on late-stage startups but the conglomerate has turned over much of its executive team and has been forced to radically scale back investing activity through its Vision Fund as its portfolio slumps.

Alex Clavel, who spent 19 years at Morgan Stanley before joining SoftBank in 2015, participated in the restructuring of office space-sharing firm WeWork and the integration of Latin American funds into the Vision Fund following the departure of Chief Operating Officer Marcelo Claure. 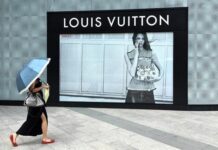