Aircalin, the flag carrier airline of New Caledonia, has selected the Pratt & Whitney Geared Turbofan (GTF) engine to power the airline’s commitment for two Airbus A320neo aircraft. Deliveries are scheduled to begin in 2020.

The GTF engine has demonstrated its ability to reduce fuel burn by 16 percent, to reduce nitrogen oxide emissions by 50 percent to the regulatory standard, and to lower the noise footprint by 75 percent.

Pratt & Whitney has also launched new data analytics capabilities for its V2500 engines as a result of achieving a supplemental type certificate for the Airbus A321 aircraft powered by the V2500 engine.

Eva Azoulay, vice president, Engine Services at Pratt & Whitney, said: “We are able to expand our current EngineWise data analytics capabilities for our customers currently flying the A321 aircraft and be more agile and flexible than ever before.”

Pratt & Whitney will be better able to develop Aftermarket services catered to customer’s needs and respond faster and better to incidents in the field utilizing the eFAST data ecosystem on these aircraft.

Pratt & Whitney is investing in data acquisition and predictive analytics tools that enable both operators and Pratt & Whitney to make recommendations that reduce operational disruptions and increase aircraft utilization.

eFAST has the ability to capture engine and aircraft data parameters throughout the full flight cycle instead of snapshots at takeoff and cruise, allowing for better monitoring of engine performance, minimizing disruptions and predicting future maintenance visits. 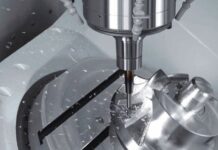 The importance of prototype CNC machining in the manufacturing world 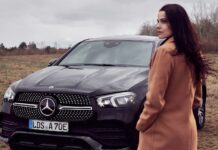