OneSchema has raised $6.3 million in a VC funding round led by General Catalyst, with participation from Sequoia Capital, Y Combinator, Elad Gil and Contrary Capital. 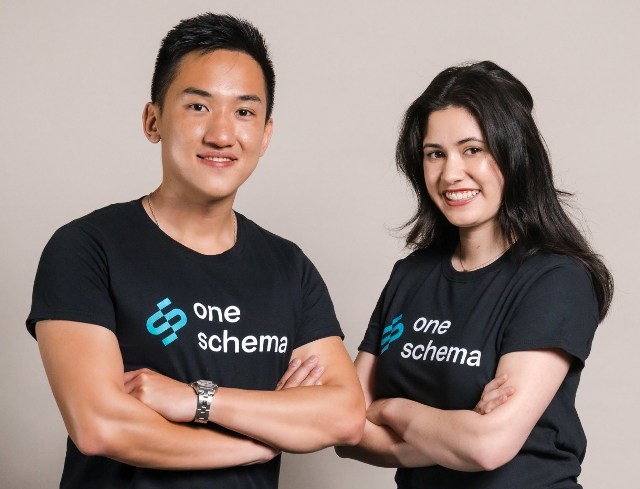 Developers use OneSchema’s flagship product, an embeddable CSV importer, to launch CSV import capabilities in a day, instead of months of development time. OneSchema makes it 10x faster for developers to integrate with CSV data sources.

Christina Gilbert (right) and Andrew Luo (left) are the founders of OneSchema.

OneSchema automatically detects and helps correct errors in the data during the import process, and is used by more than 50 companies worldwide, including Cloud 100 Startups like Scale AI and publicly traded enterprises like Huron Consulting Group.