Other investors who participated in the funding round include blockchain companies Protocol Labs, the Maker Foundation, Fenbushi and The LAO.

ConsenSys acquired JPMorgan’s marquee blockchain unit, Quorum, in August last year. As part of the deal, the bank also made a strategic investment in ConsenSys.

Brooklyn-based ConsenSys is a prominent blockchain startup that grew rapidly during the 2017 crypto bubble. It was founded by Joe Lubin, one of the co-founders of ethereum, the world’s most popular cryptocurrency after bitcoin. 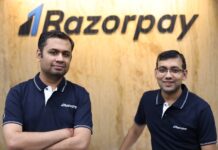