The latest Reuters report has the details on the number of passenger jet deals announced — at the Paris Airshow — by Airbus. 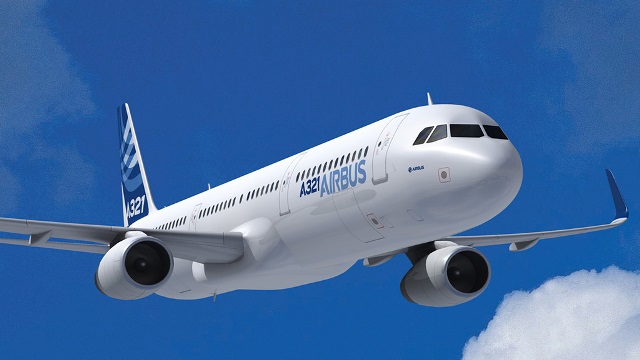 Indigo Partners, the private equity firm of low-cost airline investor Bill Franke, and American Airlines each signed up for 50 of Airbus’s A321neo jet, although some orders were converted from deals on other models. Airbus launched the A321XLR on Monday targeting airlines with smaller planes.

Rival Boeing has plans for a potential new jet for the middle of the market.

British Airways owner IAG signed a letter of intent to buy 200 of 737 MAX jets, a model that has been grounded since March after two deadly crashes, from Boeing.

Indigo Partners signed a memorandum of understanding to buy 32 of A321XLR aircraft and to convert 18 existing A320 family jet orders to the larger model.

The jets will be allocated to Hungary’s Wizz Air, U.S. carrier Frontier Airlines and Chile’s JetSMART, in which Indigo Partners owns stakes. Industry experts estimate the deal for the 32 aircraft could be valued at around $4.5 billion, based on a slight premium to the A321neo’s list price of $129.5 million.

American Airlines, the world’s largest airline by passenger traffic, said 30 of its A321XLR order were conversions of existing A321neo orders to the new version.

“It costs a little bit more for these aircraft. But they offer greater utility for us in the long run,” American Airlines President Robert Isom said on a podcast.

Airbus said it reached a preliminary deal to sell 11 A321neos to Taiwan’s China Airlines, snatching the renewal of the airline’s medium-haul fleet from Boeing.

Boeing this week predicted 40 percent of jets would be delivered over the next 20 years in Asia.

Boeing said on Monday it would take over the supply of spare parts for the remaining Airbus A320 fleet at IAG’s British Airways.

Australia’s Qantas Airways said on Wednesday it would order 10 Airbus A321XLR jets and convert a further 26 from existing orders already on the planemaker’s books.

Airbus sales chief Christian Scherer said there was some softness in the market but did not see an increase in cancellations. He told investors he expected to win more orders for the smaller A220, formerly known as CSeries.

Airbus CEO Guillaume Faury predicted a pickup in orders after a slow start to 2019. He expressed concerns about trade tensions and the growing risk of a no-deal Brexit.