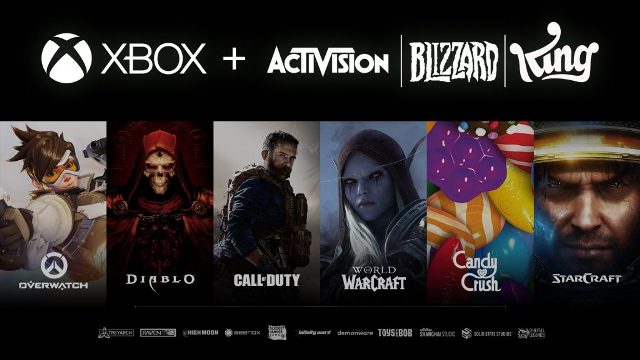 Microsoft, which owns the Xbox, said in January 2022 that it would buy Activision for $68.7 billion in the biggest gaming industry deal in history. Microsoft will become the world’s third-largest gaming company by revenue, behind Tencent and Sony. Activision has 10,000 employees.

The U.S. Federal Trade Commission, which enforces antitrust law, said Microsoft had a record of buying valuable gaming content and using it to suppress competition from rival consoles.

“Microsoft has already shown that it can and will withhold content from its gaming rivals,” said Holly Vedova, director of the FTC’s Bureau of Competition. “Today we seek to stop Microsoft from gaining control over a leading independent game studio and using it to harm competition in multiple dynamic and fast-growing gaming markets.”

Microsoft President Brad Smith said the company would fight the FTC. “While we believed in giving peace a chance, we have complete confidence in our case and welcome the opportunity to present our case in court.”

The U.S. software company had said it wanted the deal to help it compete with gaming leaders Tencent and PlayStation owner Sony, which has criticized the deal.

The FTC said that its concern was that Activision’s popular games, including World of Warcraft and Diablo, would not continue to be offered on a range of consoles, PCs and mobile devices.

While Microsoft has suggested concessions to address competition concerns, the rapid pace of change in the tech and gaming industries could make those conditions useless over time.

Microsoft earlier announced a set of principles for its app store, including open access to developers who meet privacy and security standards.

In December, Microsoft entered into a 10-year commitment to bring Call of Duty to Nintendo platforms, bringing the popular first-person shooter series to the company for the first time. Microsoft made the same offer to Sony.

Chair Lina Khan and the two Democrats on the commission voted to approve the complaint, while Commissioner Christine Wilson voted no.

Activision Blizzard CEO Bobby Kotick told employees on Thursday that he was confident that the deal would go forward.

“The allegation that this deal is anti-competitive doesn’t align with the facts, and we believe we’ll win this challenge,” he told employees, saying that he believed the companies’ arguments would win “despite a regulatory environment focused on ideology and misconceptions about the tech industry.”

Microsoft was expected to offer remedies to EU antitrust regulators in the coming weeks to stave off formal objections to the deal, people familiar with the matter said. The deadline for the European Commission to set out a formal list of competition concerns, known as a statement of objection, is in January.