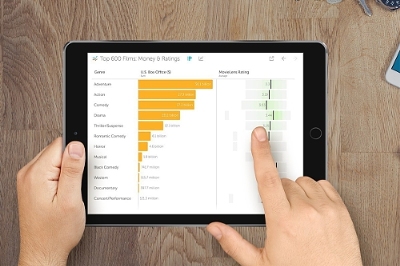 Tableau Software today announced its product roadmap for the next three years – at its ninth annual global conference.

Tableau announced its in-memory data engine based on the Hyper technology acquired earlier this year. The new Hyper data engine will provide interactive analysis on data of all sizes while enabling fast data ingestion for near real-time analysis. Tableau Software will unveil Hyper in 2017.

Tableau is expanding its software products beyond visual analytics to include self-service data preparation. Tableau announced a brand new data prep product, codenamed Project Maestro at the Tableau Conference 2016 (TC16). Project Maestro will make it possible to easily prepare, integrate and transform data with a direct, visual approach, and will be available in 2017.

Tableau has revealed a version of Tableau Server for the Linux platform. Users of the open-source operating system, including governments of all levels, educational institutions and businesses of every size, can leverage the power of self-service analytics. Tableau will unveil server for Linux in 2017.

Next Leap in Analytics

Natural Language Processing, as part of Tableau’s investment strategy in analytics, will bring new ways to interact with data through human language. Tableau is adding instant analytics, which will automatically provide contextual information as users interact with their data to help them find insights faster. Tableau will bring out new analytical features throughout 2017 and beyond.

Enterprises will govern their self-service analytics environment with new functionality in Tableau Server to certify data sources, conduct impact analysis on sources and workbooks, promote content and write workflows with simple drag and drop gestures. Tableau will offer new data governance capabilities in 2017 and beyond.

Tableau showed upcoming capabilities to help users collaborate with each other and monitor the metrics they care about, enabling self-service at scale. Data-driven alerting will make it easier for people to stay on top of their data and be notified when key metrics exceed a specific threshold. Users will be able to collaborate and discuss insights directly within an analysis to drive better business outcomes starting in 2017.

Tableau demonstrated future plans to add a new machine learning recommendations engine to its platform. Algorithms will surface recommendations for workbooks and data sources that are trusted, highly used and contextually relevant to the individual workflow. Tableau will unveil Recommendations in 2017.

Tableau showcased a new live query agent that will act as a secure tunnel to on-premises data. Data behind the firewall is easier to access and analyze with Tableau Online, Tableau’s SaaS managed service. Tableau said new hybrid data connectivity for the Cloud will be available in 2017. 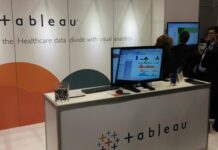 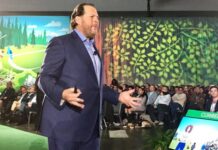 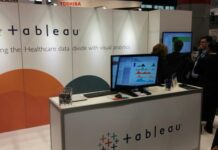