Several leading banks are deploying bots to handle loan requests from businesses which are struggling due to the coronavirus pandemic, Reuters reported. 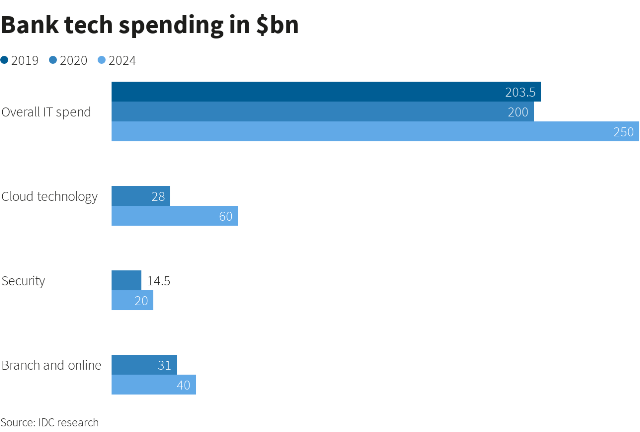 Now the jolt from the COVID-19 pandemic has accelerated the process even though banks globally are having to cut IT spending this year for the first time since 2009, based on data from research company IDC.

“Bots allowed us to process a much higher volume of applications than we would have been able to do before. It meant the timelines didn’t get longer with the massive volume,” said Simon McNamara, chief administrative officer at Britain’s NatWest, which has granted more than 13 billion pounds ($16.90 billion) of state-backed loans.

At Citigroup, there was a 300 percent rise from a year earlier in the number of new accounts opened digitally by corporate or fund clients during March, while the number of those clients using its online and app services rose 25 percent.

“We were seeing this trend pre-COVID but it accelerated during COVID,” Naveed Sultan, Citi’s global head of transaction banking, said. “The traditional ways of working became almost non-existent.”

But as banks have to budget for a pick-up in loan losses due to the pandemic, some projects, such as large-scale customer data mining to offer more personalised services may have to be shelved, IDC research showed.

Global IT spend by banks is set to shrink by 1.7 percent this year to $200 billion, down from $203.5 billion in 2019, based on IDC data. Growth is then forecast to resume over the next three years, albeit at a slower pace.

Banks have prioritised process automation in the face of spiking workloads as a result of the COVID-19 crisis, based on IDC surveys of bank executives.

“We had prepared but the volume was higher than expected,” Santander UK’s chief technology officer Carlos Selonke said. “It’s a huge focus for us, making changes to increase our velocity.”

Banks have also been prioritising shifting data to the cloud to speed up response times and allow more staff to work from home, while also bolstering defences against the growing threat of cyberattacks.

“We had four main focus areas, remote working to enable the employees at UBS, system stability, as we saw a lot of volatility, cyber security, and operations continuity,” UBS’s Dargan said.

On the flip side, bank spending on consumer-facing technologies for branches and online services is forecast to grow more slowly, increasing from $31 billion in 2020 to $40 billion in 2024, according to IDC.

“Banks are struggling to deploy new software,” David Buxton, chief executive of Arachnys, a startup that sells compliance technology to banks. Many employees are still working remotely which means they may not have the tools needed for new and more ambitious IT projects, he said.

McNamara said the pandemic was a factor in the decision as there was strong demand for the bank’s existing mobile app, which has added 700,000 users since the pandemic started.

Though banks have reined in IT spending overall this year to cope with the initial pandemic fallout, IDC predicted growth will resume from next year, with overall spending forecast to jump by a quarter to $250 billion in 2024.

Industry experts say the pandemic has focused bank executives’ minds when it comes to IT spend and more digitally savvy lenders will steal a march on competitors.

“There is a digital divide,” Jerry Silva, global banking research director at IDC said. “I call it the predatory gap, because those banks are going to be able to steal market share from those that weren’t prepared prior to 2020.” 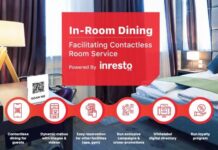 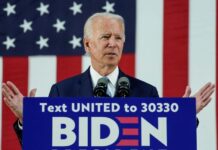 What a Biden Presidency could mean for the tech sector

List of tech executives who made significant political donations