SAS will house servers used by local education agencies (LEA) for critical business functions. While LEAs will control business operations performed by these servers, the hardware and the data will be in a safer environment.

The goal of the North Carolina Education Cloud (NCEdCloud), a Race to the Top initiative, is to provide a reliable server infrastructure for K-12 education statewide.

Each LEA currently owns and maintains an IBM iSeries (AS/400) server. LEAs spend around $25,000 annually for iSeries hardware and operation system licensing. Consolidation is expected to save LEAs $10,000-$15,000 a year, funds that can be spent on other LEA programs.

In total, the state will save an estimated $1,000,000 annually on iSeries support. The exact amount each LEA will save is variable, based on hardware purchase price and annual support agreements.

The server consolidation plan, developed by NCDPI and Friday Institute, allows LEA to decommission its existing iSeries hardware and obtain that functionality from SAS. This cloud-hosted infrastructure will include data center locations that reduce costs while providing reliable, stable and secure platform. SAS will place the servers in a high-security data center facility equipped with power backup and redundant network connections.

The pilot phase of the iSeries consolidation includes up to 20 LEAs. Each LEA that opts in to the centralized SAS systems for the pilot will receive the initial year of hosting at SAS at no cost to the LEA. NCDPI will use Race to the Top funds to cover migration costs during the pilot phase, including physical site assessments, security audits, any necessary operating systems upgrades, backups, and help desk support. 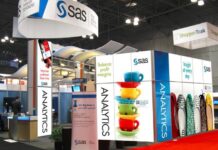 SAS investing $1 bn in AI over the next three years