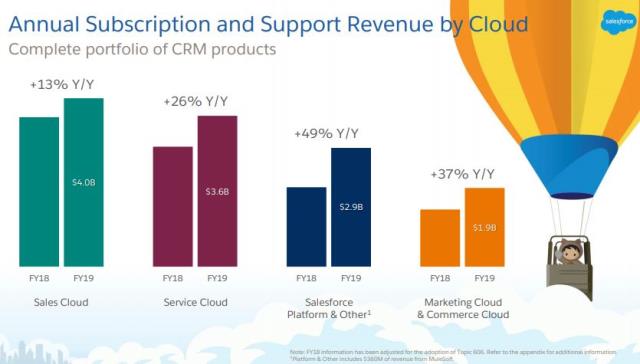 Subscription and support revenues were $12.41 billion (+27 percent) in fiscal year, while Professional services and other revenues were $869 million (+12 percent). 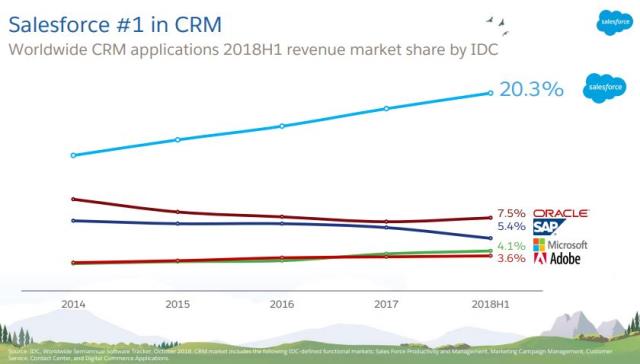 According to Edge IDC, Salesforce commands 20 percent of the overall CRM market, more than the next three competitors – Oracle, SAP and Microsoft – combined.

During the holiday shopping season, the Commerce Cloud processed more than 4.2 million orders and supported 690 million e-commerce page views in a single day.

Salesforce Ventures has invested in innovative start-ups such as Arxxus, Autopilot, Bugcrowd, Practifi, Socialsuite and Sqware Peg in Australia. 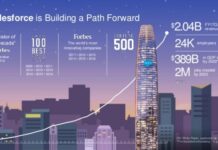 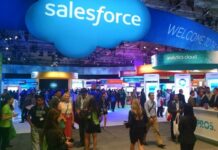 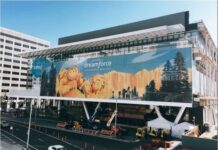