Net profit was unchanged at $2.5 billion.

Oracle, which was co-founded in 1977 by Chief Executive Larry Ellison, blamed its rapidly expanding salesforce for a severe miss in third-quarter software sales and warned that its ailing hardware business will lose more ground this quarter.

The world’s No. 3 software maker projected a 1 to 11 percent rise in new software licenses and Internet-based subscriptions in the May quarter.

The Wall Street Journal reported that while Oracle remains the dominant database vendor, the market for Big Data software is expanding at three times the pace of the overall market. That business is expected to climb nearly 150 percent over the next five years, compared with 40 percent for the global database market.

Companies also are warming to the idea that they don’t have to spend as much for technology. Even the largest companies are switching to cloud-based technology on a subscription basis requiring no upfront fees. They are experimenting with database technology that is based on Hadoop, free software developed by engineers at Google and Yahoo. 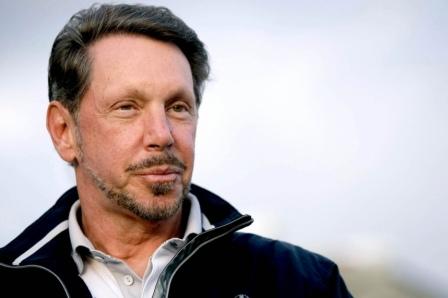 Dave Corchado, CIO at digital marketing agency iCrossing, an Oracle customer, said its new spending is going to Oracle rivals such as Amazon.com. It uses Amazon for computing power and the Hadoop free analytic software. Spending on databases from Oracle remains intentionally unchanged.

Manish Kapoor, CIO of NuStar Energy says his company decided to move away from Oracle database products for cost reasons. “Database is a commodity business and it is seeing strong competition,” he said in an email. He also said the company would have been more likely to use Oracle applications—it doesn’t at present—if it had also used Oracle databases.

Vendors of cloud software, such as Workday and Salesforce.com offer subscription Web-based software that competes directly with some of Oracle’s core products used by companies to manage human resources and management of sales prospects at much lower prices.

Salesforce.com charges $125 a month for its software under a one-year contract while Oracle’s marketing software costs thousands of dollars a user, requires a minimum number of users and an annual fee.

Oracle says at the end of February 2013, approximately $7 million and $6 million in estimated revenues was related to assumed cloud software subscriptions contracts, but this figure will not be recognized for the remainder of fiscal 2013 and fiscal 2014, respectively, due to business combination accounting rules.

Recently USG Corp, a manufacturer and distributor of building materials for the construction and remodeling industry, upgraded to the Oracle E-Business Suite 12.1 when it needed to streamline and enhance its global business operations.

Earlier this month Oracle introduced Oracle Learn Cloud 13A as a part of the Oracle Cloud, to help organizations develop a high-performance and aligned global workforce. Oracle Learn Cloud is a solution for delivering, tracking, managing and reporting on all types of formal and informal training with a single platform to access online, virtual and on-the-job training.