Ariel Kelman had been vice president of worldwide marketing for six years at Amazon Web Services.

Oracle has trailed AWS in the market for cloud infrastructure companies rent to operate websites and applications. AWS said in October that Amazon’s consumer business had switched off its last Oracle database.

Meanwhile, AWS announced several new appointments in an internal email to its employees on Friday.

Rachel Thornton, a vice president who had worked on field and partner marketing, replaces Ariel Kelman. Prior to joining AWS she spent time at Salesforce, as well as Microsoft and Cisco.

Matt Garman, who had been vice president of compute services, is taking on new responsibilities spanning sales and marketing in a chief operating officer-like role. Matt Garman, who has worked on AWS since 2006, recently joined Amazon’s top circle of executives known as the S-team.

Dave Brown, a vice president leading the team behind the core EC2 service who joined in 2007 as an engineer on EC2 in South Africa, where it had been developed, will take over Matt Garman’s previous work.

AWS led the cloud infrastructure market with about 48 percent share in 2018, while Oracle was not one of the top five providers, according to Gartner. Oracle has remained a leader in database software. 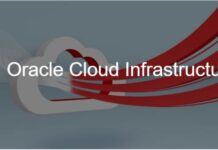