A Reuters report said Microsoft has not publicly set a firm timetable for the release of Windows 10, but only last week suggested the possibility of an earlier release.

“By next late summer and early fall we’ll be able to bring out this particular OS. That’s the current plan of record,” Turner told the Credit Suisse Technology Conference last Thursday. 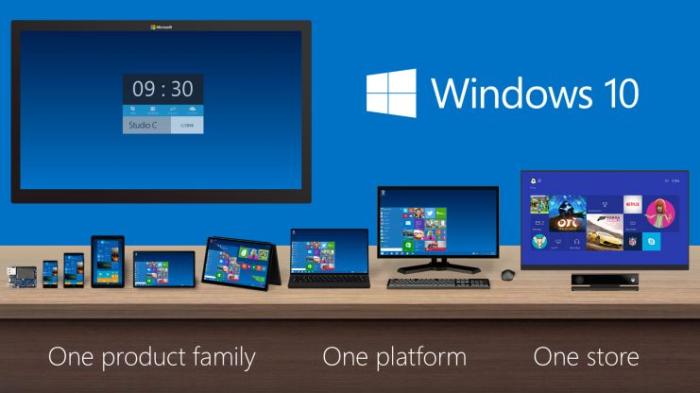 An autumn release would put Windows 10 on track for launch three years after Windows 8, which got a mixed reception as it confused many traditional PC users with a design more suited to tablets.

Microsoft unveiled the name Windows 10 in late September, saying the jump in numbers from 8 to 10 marked a big leap as it looks to unify the way people work on tablets, phones and traditional computers.

An early test version of Windows 10 — which blends the traditional look and much-loved start menu with newer features — has been available for download from Microsoft’s website for more than two months.

Windows is still a core part of Microsoft’s business and dominates the desktop computing market with 1.5 billion users. But the growth of smartphones and tablets means Windows now runs on only about 14 percent of computing devices worldwide, according to tech research firm Gartner.

Gartner last week said through 2017, one-third of consumers in emerging markets will have never owned a Windows device.

Before the advent of smartphones and tablets, Microsoft Windows was the dominant operating system for consumer devices back when the PC was the only Internet-connected device.

In mature markets, PC penetration is still high — Gartner forecasts that more than 90 percent of consumers currently use a Windows PC. This picture is different in emerging regions, where PC penetration is lower and some consumers have never owned or used a PC, and never will.

Mikako Kitagawa, principal research analyst at Gartner, said: “The rise in smartphones and their subsequent drop in price means some users’ first smartphone will be purchased for $50 or less. Their next-stage purchase may be to buy a larger screen device with better viewing and better functionality. In this case, the most likely device choice will be a phablet or tablet and not a PC, because of a familiarity with touchscreen input, interface and device mobility.”