Microsoft posted 17 percent increase in its revenue to $43.1 billion for the quarter ended December 31, 2020.

“What we have witnessed over the past year is the dawn of a second wave of digital transformation sweeping every company and every industry,” said Microsoft CEO Satya Nadella.

Revenue in Intelligent Cloud was $14.6 billion and increased 23 percent.

“We continue to benefit from our investments in strategic, high-growth areas,” said Amy Hood, executive vice president and CFO, Microsoft.

The company said that the revenue in Productivity and Business Processes was $13.4 billion and increased 13 percent.

Revenue in More Personal Computing was $15.1 billion and increased 14 percent.

Microsoft said its Azure cloud computing services grew 50 percent, the second quarter of acceleration in a business that had begun to slow as the global pandemic benefited the software maker’s investment on working and learning from home.

The shift to work from home due to COVID-19 pandemic has accelerated enterprises’ switch to cloud-based computing, benefiting Microsoft and rivals such as Amazon.com Inc’s cloud unit and Alphabet Inc’s Google Cloud.

Microsoft said they expect a midpoint of $14.83 billion in revenue from the company’s “Intelligent Cloud” segment for the fiscal third quarter.

For the company’s productivity segment and its personal computing segment, sales are expected to have a respective midpoint of $13.48 billion and $12.50 billion.

The Xbox Live online gaming service has more than 100 million monthly active users. Microsoft did not give an update on the 115 million Teams daily users it disclosed in October but did say that the mobile version is used by 60 million daily users.

Microsoft’s gaming business topped $5 billion in quarterly sales for the first time ever and was propelled by gaming subscriptions and sales as well as new consoles. Microsoft said Xbox content and services revenue grew 40 percent in the quarter. 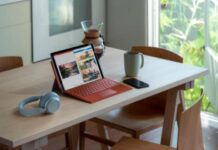