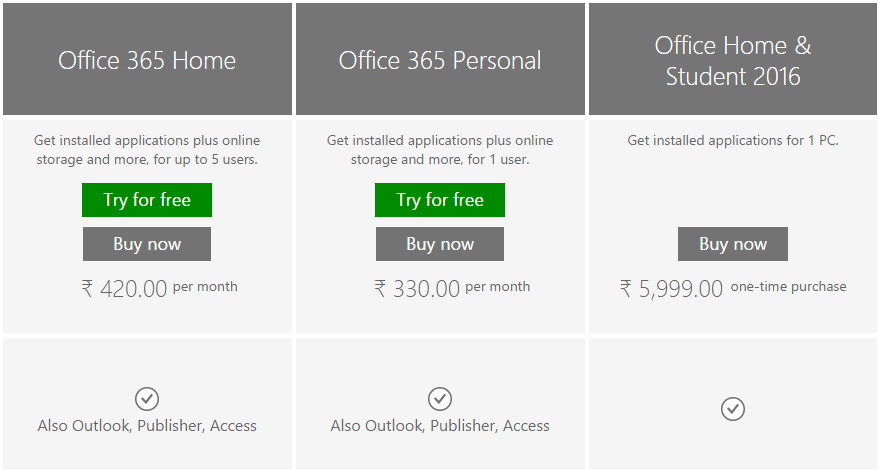 You need to pay Rs 5,999 as one-time purchase cost to buy Office 2016 from software major Microsoft.

Microsoft began the global release of Office 2016 apps which are the latest addition to Office 365, Microsoft’s cloud-based subscription service.

Satya Nadella, chief executive officer of Microsoft, said: “These latest innovations take another big step forward in transforming Office from a familiar set of individual productivity apps to a connected set of apps and services designed for modern working, collaboration and teamwork.”

By subscribing to Office 365, customers can get always-up-to-date, fully installed apps for use across their devices.
Microsoft is selling the new Office 2016 apps in 40 languages and require Windows 7 or later.

Office 365 subscribers can choose to download the new Office 2016 apps as part of their subscription.

Automatic updates will begin rolling out to consumer and small-business subscribers next month, and to commercial customers early next year.

Office 2016 is also available today as a one-time purchase for both PCs and Macs.

Customers can visit one of the more than 110 Microsoft Stores in the U.S., Canada and Puerto Rico to discover and purchase the new Office. 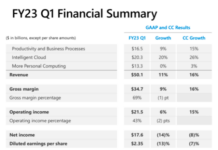