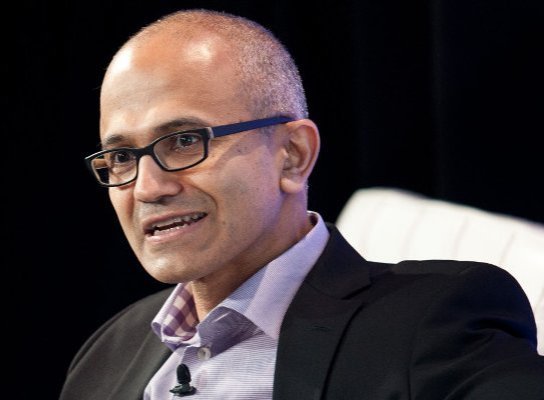 Microsoft CEO Satya Nadella on Monday said the software giant under its initiative Microsoft Ventures would help develop accelerators and startups in Hyderabad.

He responded positively to a request by the Telanana government to build a startup ecosystem in Hyderabad in partnership with T-Hub, billed as India’s largest technology incubator.

Nadella, who is on a private visit to the city, visited T-Hub at at the International Institute of Information Technology (IIIT), Hyderabad.

“Indian talent in the area is dramatically growing and we can see their dominance in the field,” the Microsoft CEO said while addressing budding entrepreneurs.

Telangana’s Information Technology Minister K.T. Rama Rao explained to him the initiative taken by the state government in setting up T-Hub to promote startups.

The minister later told reporters that it was one of the several avenues of collaboration they explored. He said the government was already in talks with Microsoft Ventures and requested Nadella to ensure that it sets up something of its own in Hyderabad.

The minister requested him to preferably set up a cloud data centre in Hyderabad. Nadella promised that he would like to be enabler for cloud enablement of small and medium enterprises.

This public cloud for SMEs can help in building a sustainable business environment and other eco systems can also benefit from this.

The IT minister said Nadella also agreed to consider his request to implement its white spaces technology in Telangana. The Microsoft CEO said the company would like to work with some local entrepreneurs to bring about the last mile connectivity.

The state government also sought Microsoft’s help in digitizing classrooms in government-run schools across the state. The minister said the government was focused on ensuring best education and wanted children to benefit from best technologies.

“With Mr Satya Nadella being at the helm of affairs, we are making efforts to ensure that Hyderabad gets due share in terms of support from Microsoft,” the minister said.

The Microsoft CEO, who grew up in Hyderabad, is in the city to attend a family function.

This is his second visit to Hyderabad after taking over as the head of the global software giant last year.

Microsoft has its India Development Centre here since 1998. It is the largest facility of Microsoft outside its headquarters in Redmond, US.