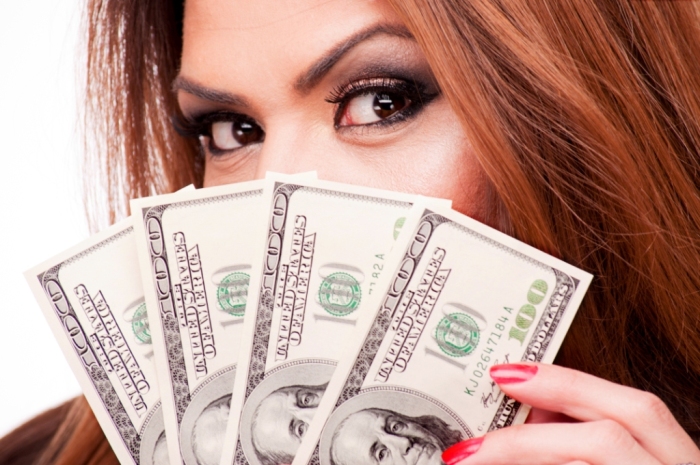 The Union Budget is around the corner.  IT and software companies operating in India feel so much encouraged with the current government’s Start-up India, Smart City, Digital India and Make in India missions. They have shared their budget recommendations and expectations for the current year.

With the enhanced focus on smart cities, this year we expect the Government to continue with the momentum on infrastructure and manufacturing, as we firmly believe that good infrastructure is incomplete without surveillance cameras and solutions. Also with government mandating CCTV cameras and solutions in verticals like transportation and retail, the budget should set aside substantial investment, for video surveillance solutions and quality cameras to make India a safer and smarter country.

As the IT industry aspires for a growth oriented budget, we expect the government to simplify tax on niche products like surveillance cameras, especially with the rise of criminal activities in the country.​

Manufacturing companies in emerging and high growth sectors need to be given a shot in the arm in the form of simplified tax structure, better infrastructure and robust component ecosystem. Appropriate budgetary allocations need to be made for this. The Budget should also focus on electronic RD including innovation and design.

Though not directly related to the Union Budget, one also really hopes that the GST Bill too gets passed soon and we have better labour laws that aid manufacturing and employment generation. he added.

Being a domestic mobile handset manufacturer, we expect the budget to further encourage an environment for the creation of a mobile ecosystem that will give impetus to domestic manufacturing. Digital India and  Skill India are the other key initiatives we look forward to working on.

I’ve three expectations from the budget. First – it should not have retrospective tax impacts as that hurts the business environment by creating uncertainties. Second – the budget should focus on introducing some benefits for emerging Indian MNCs. As a growing Indian MNC, we are yet to realise concrete tax benefits by the government to organisations in our league, which enables us to grow the business potential further in the country and contribute even more to the economy. And finally – the budget should include measures of ensuring education for all and healthcare for all – at least one step in that direction would be a positive as well as a welcome change.

As entrepreneurs, we would expect simplification and rationalization of taxes and their administration. We expect bold steps in direction of reduction of tax on business as was promised last year. At the same time, further steps to reduce unnecessary scrutiny and litigation need to be taken.

Greater support for Digital India initiatives and enhancing access to internet connectivity in rural India should be a priority to boost economic growth and income-generating activities which in turn will boost domestic spending. The government should also consider reducing excise duty on hardware so that better technology becomes more accessible to a wider market.

The e-commerce and IT sectors are expecting big things in the 2016-17 budget and expectation is that government balances growth with policy and regulatory outline which will in turn provide sustainable development opportunities. Greater funds allocation for Digital India as well as increasing access to internet connectivity in rural India will also fuel economic growth by creating income-generating activities which in turn will boost domestic spending.

The Industry expects significant reduction in import duties of security equipment and facilitation of import to make these items within the reach of common man.  Given that both homeland and external security is on the top of the agenda for India, the expectation from the Union Budget 2016-17 is that it will provide the central and state government along with the various central and state agencies with proper directions, infrastructure and resources for dealing with threats and attacks on security.

We are now expecting some more specific announcements from the government to incentivize both manufacturers and end consumers to actively engage them in these initiatives. There is an urgent need to develop infrastructure that can support the implementation of such projects on a large scale, particularly in rural areas. The programs announced for rural development have to be backed by tangible benefits.

We need to develop a complete ecosystem with a robust infrastructure, integrated supply chain and a regulatory framework that encourages people to invest in manufacturing. There is a need to simplify and reduce the cost of doing business in India to help domestic IT manufacturers compete with their global counterparts.

The union budget 2016 must focus and encourage investment in the IT sector to make the Government’s plan of building smart and cities safer.

If right incentives on both supply (Merchants) and demand (Customers) side are announced in this budget session, it would push the quick and wide  adoption of electronic payments.

The Finance Minister should enhance budgetary allocation for the ‘Digital India’ programme as it will not only fuel economic growth but also will help bring about greater inclusiveness of the population.

The IT and Electronics industry can play a key role in the success of initiatives such as Start-up India and Make-In-India. Therefore, the government should continue to focus on them by providing the necessary incentives, legal/tax framework and infrastructure support

The government should also increase investments in improving broadband connectivity as this could have multiplier effect on the overall economy.

Removal of angel tax, cut in direct and indirect taxes will provide the much-needed impetus for entrepreneurs and push India to become the start-up capital of the world. The ecommerce sector is also fraught with redundant taxation laws that need immediate overhaul. I am also hoping for a definite roadmap for GST implementation in Budget 2016.

We expect that this year’s budget will aim towards stimulating growth and bringing the country at the center of the global economy.  The focus would be to introduce policy reforms, develop employment opportunities, and to create an environment conducive for doing business and improving India’s global ranking.

This budget should see the Government take further steps to accelerate its flagship initiatives which have been structured holistically in the form of JAM to reach the last mile and transform lives of every citizen.

The Government must set aside a share of PPP for fund mobilization of smart city projects. The policy must offer subsidies on investments and incentives to small scale manufacturers and encourage easier imports of capital goods, industrial raw materials, tools and components with a view to upgrading the quality and competitiveness of our domestic manufacturing.

Restoring tax benefits to SEZs – the primary users continue to be the IT sector. It is time that MAT exemption is granted to units in SEZs; also that the dividend distributed tax is exempted for such units.

The benefits to the employers should be in the form of tax exemption. Some reduction in corporate tax this year would be a welcome step by the industry. A detailed road map and greater funds allocation is anticipated for the Smart City Initiative. We believe the focus will be on digital literacy, improved connectivity and access to technology. The Digital India initiative is something to look forward to and budget support in this regard is highly expected for encouraging more start-ups.  We await the removal of MAT from the SEZs.

Hope India finance minister Arun Jaitley will not disappoint the IT and software industry this time.

Budget 2017: IT, BPO and business technology cos want more