Infotech Lead India: IBM has posted 6 percent increase in fourth-quarter 2012 net income at $5.8 billion compared with $5.5 billion in the fourth quarter of 2011. 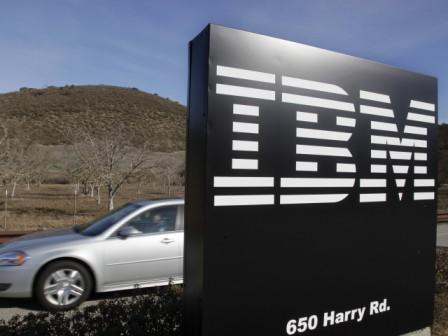 “We achieved record profit, earnings per share and free cash flow in 2012. Our performance in the fourth quarter and for the full year was driven by our strategic growth initiatives — growth markets, analytics, cloud computing, Smarter Planet solutions — which support our continued shift to higher-value businesses,” said Ginni Rometty, IBM chairman, president and chief executive officer.

“Looking ahead, we continue to invest to deliver innovations for the enterprise in key areas such as big data, mobile solutions, social business and security, while expanding into new markets and reaching new clients. We are well on track toward our long-term roadmap for operating EPS of at least $20 in 2015,” Rometty added.

The Americas’ fourth-quarter revenues were $12.5 billion, flat from the 2011 period.

Revenues from Europe/Middle East/Africa were $9.1 billion, down 5 percent.

OEM revenues were $679 million, down 5 percent compared with the 2011 fourth quarter.

Global Business Services segment revenues were down 3 percent at $4.7 billion.

Revenues from the Software segment were $7.9 billion, an increase of 3 percent.

Revenues from IBM’s key middleware products, which include WebSphere, Information Management, Tivoli, Lotus and Rational products, were $5.5 billion, an increase of 5 percent.

Revenues from the Systems and Technology segment totaled $5.8 billion for the quarter, down 1 percent from the fourth quarter of 2011.

Global Financing segment revenues were down 2 percent in the fourth quarter to $535 million.

Americas’ full-year revenues were $44.6 billion, a decrease of 1 percent from the 2011 period.

Revenues from Europe/Middle East/Africa were $31.8 billion, a decrease of 6 percent.

Revenues from the Global Technology Services segment totaled $40.2 billion, a decrease of 2 percent compared with 2011.

Revenues from the Global Business Services segment were $18.6 billion, down 4 percent.

Software segment revenues in 2012 totaled $25.4 billion, an increase of 2 percent.

Systems and Technology segment revenues were $17.7 billion, a decrease of 7 percent; excluding Retail Store Solutions, revenues were down 5 percent.