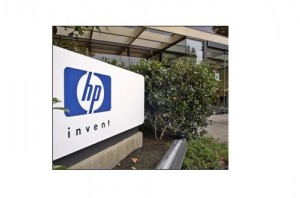 HP claims that it is the first to offer SDN technologies for all three critical layers—infrastructure, control software and application—to simplify networks and improve agility across the enterprise.

Enterprises and cloud providers will benefit as they can simplify and maximize agility across data center, campus and branch networks.

Joe Skorupa, vice president and distinguished analyst, Gartner, said. “For maximum performance, utilization and simplicity, customers must ensure that there is a suite of SDN technologies across the entire network, from the hardware infrastructure to the control plane to the applications, and also from the data center to the desktop; in order to move beyond today’s complexities and improve business agility across the enterprise.”

The new HP technologies announced today cover all layers by including an SDN controller, SDN applications, SDN services and solutions that further strengthen HP’s Virtual Application Networks strategy. Clients can achieve potential of SDN technologies through the abstraction, programming and automation of their network to improve scalability and agility, while simplifying the deployment of applications and services.

“In the cloud era, clients need a single point of control for the entire network, which enables them to deploy any application or service directly to the user within minutes,” said Prakash Krishnamoorthy, country manager, HP Networking, HP India.

“With the growing demand for digital creation and distribution of our content, we recognized the need to enable scalable security across HBO’s entire network infrastructure without investing in additional equipment,” said Walter Kerner, vice president, network services and IT security, HBO.

“To do so, we began working closely with HP on their breakthrough software-defined network-based Sentinel Security application, which delivers security across our existing hardware infrastructure and gives us a better view of security inside the network instead of just at the edge, while improving business agility with simple network automation,” Kerner added.