The company has also initiated measures to accelerate growth.

These measures, according to Educomp, are aimed at putting the company back on a growth trajectory.

Educomp Solutions posted net loss of Rs 23.9 crore in the first quarter of fiscal 2014 against a profit of Rs 4.8 crore in the year-ago period.

The poor performance was due to decline in revenues. Revenues declined 29 percent to Rs 230.31 crore in the first quarter.

Revenues from the school learning segment, the biggest business earlier, halved during the quarter. Online supplemental and global business recorded revenues of Rs 99.96 crore, becoming the biggest segment for the online education firm.

The company is making changes in structure, systems and sales strategies to return the firm to profitability in the current and following fiscal. Within this transformational plan, Educomp identified a series of tactical steps to fast-track the correction.

The company has terminated contracts of unproductive staff, while it also enhanced responsibilities among existing staff to control costs without impacting performance.

“The elimination of 3500 employees will bring significant savings for the company,” Educomp said in a statement.

The company has also prioritized collections and introduced a zero-tolerance regime for recoveries.

Educomp sent notices to around 750 schools which have delayed payments.

“While Smartclass has enjoyed a loyal customer base, 750 non-compliant schools which represent less than 5 per cent of the installed base have been asked to show cause for their repeated delays,” said Educomp Smartclass COO Divya Lal. 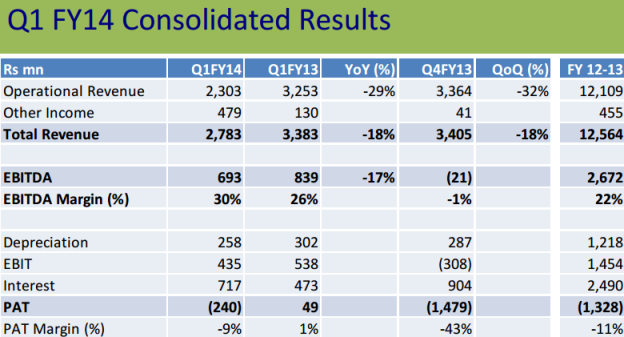 Recently, the company outsourced its service and maintenance logistics to HCL Infosystems to exploit efficiencies of scale as well as provide specialist services to existing and new customers.

The company is targeting a reduction in operational costs of close to 20 percent over the last fiscal due to these measures.

Last month, Educomp Solutions initiated discussions with its lenders and approached the Corporate Debt Restructuring (CDR) forum to restructure its rupee debt to correct the asset-liability mismatch on its balance sheet. The company also approached the CDR forum for restructuring of debt in its K-12 business.

Do latest job cuts herald fewer IT jobs in the future?