Kaspersky Lab research said that when a new version of a browser is released, it takes more than a month for most users to make the upgrade.

Web browsers are widely used pieces of computer software, installed on nearly every computer. The majority of current cyber attacks come from the web, utilizing vulnerabilities in the web browser applications themselves, or outdated plug-ins within the browser.

When a new version of a browser is released, it takes more than a month for most users to make the upgrade. Cybercriminals can move to exploit known browser vulnerabilities within hours.

Internet Explorer is the most popular browser (37.8 percent of users), closely followed by Google Chrome (36.5 percent). Firefox is in third place with 19.5 percent.

Transition periods (time required for the majority of users to switch to the most recent version): Chrome – 32 days; Opera – 30 days; Firefox – 27 days.

23 percent of users have not installed the latest version of their browser of choice. Of these 23 percent, almost two-thirds (14.5 percent) have the previous version of a browser, and the remaining 8.5 percent use obsolete versions. That means nearly 1 out of every 10 Internet users is using a woefully outdated web browser to check bank accounts and other personal information.

The most notable examples of obsolete browsers are Internet Explorer 6 and 7, with a combined share of 3.9 percent, which represents hundreds of thousands of users worldwide.

Since three browsers (Opera, Chrome and Firefox) were updated shortly before August 2012, their update speed was calculated, defined as the number of days required for the new browser version to reach the same market share as the previous version. It takes from five to nine days for a new version to surpass the market share of its predecessor, and approximately one month for the majority of users to make the switch.

While this report is primarily comprised of consumer user data, corporations should pay particular attention to the results of this research, since consumers usually have more freedom in updating installed software such as browsers. As employees’ abilities to install updates are limited, using obsolete software is a common, and potentially dangerous, practice in business environments.

“While most users make a switch to the most recent browser within a month of the update, there will still be around a quarter of users who have not made the transition. That means millions of potentially vulnerable machines, constantly attacked using new and well-known web-born threats. This is strong evidence of the urgent need for proper security software which is able to react to new threats in a matter of minutes, not days or even weeks,” said Andrey Efremov, director of Whitelisting and Cloud Infrastructure Research at Kaspersky Lab. 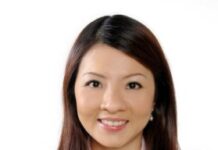 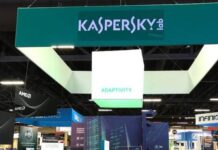