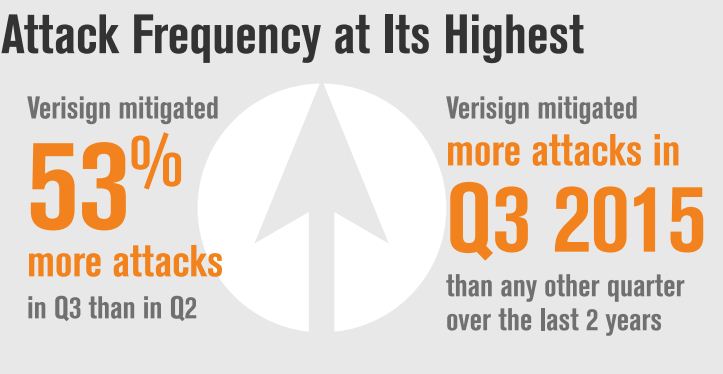 Verisign’s distributed denial of service trends report revealed that DDoS activity in Q4 2015 was the highest since Q1 2014.

The fastest flood attack mitigated by Verisign occurred in Q4 2015, sending 125 million packets per second  and driving a volumetric DDoS attack of 65 gigabits per second.

Verisign said average attack size observed by Verisign continues to be high at 6.88 Gbps, with nearly a third of attacks peaking over 5 Gbps.

Some of the Internet’s DNS root name servers, including the A- and J-root servers operated by Verisign, were targets of DNS-based DDoS attacks, the report read. 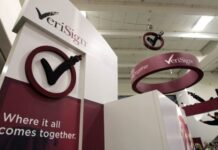