An insider is suspected to have helped the hacking group gain access to the database. Vijay Shekhar Sharma is the founder and CEO of Paytm.

The report said the group with the alias “John Wick” was able to upload a backdoor / Adminer on Paytm Mall application / website. It appears the breach affects all accounts and related information at Paytm mall.

“Our sources forwarded us the messages where the perpetrator claimed they are receiving the ransom payment from the Paytm mall as well,” Cyble said. Cyble said it could not confirm if the ransom was actually paid.

The perpetrator claimed the hack happened due to an insider at Paytm Mall. The claims are unverified.

Paytm Mall in 2019 faced a fraud allegedly caused due to their junior employees.

A Paytm Mall spokesperson told IANS that the claims are absolutely false. “We would like to assure that all users, as well as company data, are safe and secure,” the spokesperson said in a statement.

“We have noted and investigated the claims of a possible hack and data breach, and these are absolutely false,” the statement added.

Paytm website says it is committed to security. It rewards reporters for the responsible disclosure of in-scope issues and exploitation techniques.

“If you discover a bug, we appreciate your cooperation in responsibly investigating and reporting it to us so that we can address it as soon as possible,” Paytm says.

Paytm is the leader in merchant payments with a 50 percent market share, according to the findings of RedSeer Consulting, a Bangalore based consulting and research firm.

Paytm, according to this independent report, has fared well over its peers as a leader in mobile wallets space, payments gateway, and the most well-received and popular Android-based POS devices.

Paytm with its presence in Bharat i.e. tier 3 & below with over 16 million merchants on its platform maintains a huge lead in wallet payments.

RedSeer said Paytm currently is the market leader on the Payments to Merchants (P2M) side with over 50 percent market share.

Paytm has the highest top of mind recall and unaided awareness among merchants followed by Phonepe and Google Pay. Paytm is also the leading Payment Gateway provider in the country. 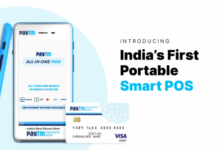