Together, Mellanox and 6WIND are the first to provide a comprehensive end-to-end 40GbE interconnect solution for telecom data centers, delivering end users the highest bandwidth, performance and efficiency currently available in the market.

Mellanox’s ConnectX-3 is the leading NIC of choice for 40GbE server and embedded platforms. The Mellanox ConnectX-3 PMD, pre-integrated within 6WIND’s enhanced Intel DPDK library as well as within the 6WINDGate software, will be available in the second quarter of 2013.

According to market research firm Crehan Research, Mellanox rapidly grew its 10GbE market share to approximately 19 percent of Q4 2012 total market share. Mellanox’s market share was found to be the fastest growing of all vendors represented, demonstrating an over 3X increase compared to the previous quarter. 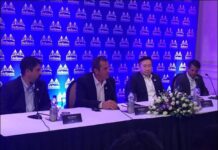