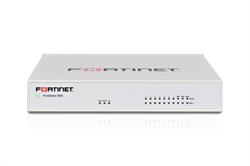 The SOC3  helps the FortiGate 60E series security appliances to further speed its throughput with consolidated security and networking capabilities.

Fortinet said the SOC3 more than doubles the secure networking performance over the enterprise-class CPUs found in competing security solutions.

In the first seven months of the year, Fortinet was aggressively trying to expand its business with acquisition and client wins.

Fortinet clocked revenue of $284.6 million in the first quarter of this year, up 34 percent year-on-year.