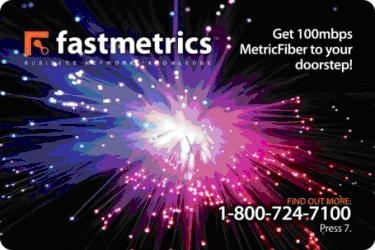 Fastmetrics’ customers will benefit from a seamless experience with uninterrupted service.

“DDoS attacks are an increasingly serious threat that could be detrimental to our customers. We’re committed to protecting our infrastructure, and Corero offers the industry’s best solution for detection and mitigation against sophisticated DDoS attacks. We take data security seriously and need to ensure 24×7 service reliability,” said Andreas Glocker, CEO of Fastmetrics.

“The unfortunate truth is that ISPs and organizations that rely on the availability of the Internet to conduct business are potential attack targets. ISPs aren’t immune to attacks from a monetary or ideological standpoint, and Fastmetrics is taking the necessary proactive measures to safeguard its network by using our award-winning DDoS Defense technology,” said Marty Meyer, CEO of Corero Network Security.