The fact that cybercrime is running rampant in all parts of the world is not a secret to anyone. We all know that despite the benefits it provides, the increased reliance on smart devices and internet technology also comes with a wide host of risks and hazards. The increasing number of cyberattacks and data breaches stands as proof of that. 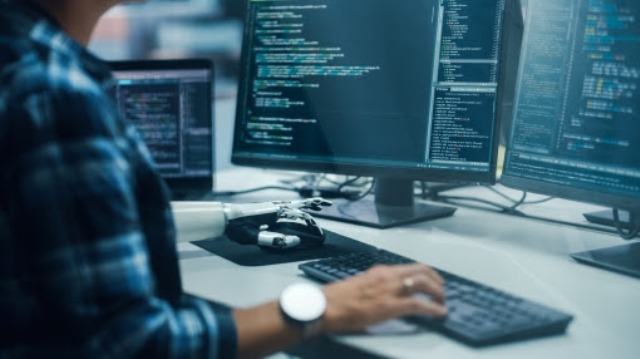 Anyone can fall victim to cybercrime. However, the data indicates that small businesses are a more appealing target for cybercriminals, given that their security systems tend to be more vulnerable and thus easier to break than those of larger companies. It is estimated that data breaches involving small and medium-sized businesses amount to 40 percent of all reported cyberattacks. These attacks have also become a lot more frequent and complex over the past few years. As a result, nearly 60 percent of these companies go out of business within six months after falling victim to a data breach or any other type of cyberattack.

While we can blame it all on the fast pace of digitalisation and the complex nature of the technologies implemented by businesses, part of the issue has to do with an aspect that very few business owners take into account: cybersecurity myths. Despite the increased focus on cybersecurity and security teams’ efforts at reducing risks as much as possible, there are still many misconceptions and misinformation regarding this area that plague businesses in all industries and put a chink in their armour, leaving them vulnerable to the increasing number of threats and bad actors in the virtual environment.

So, if you want to protect your business and keep cyberattacks at bay, it is extremely important to get yourself and your team educated on this topic. Here are some of the most common and damaging cybersecurity myths that you should be aware of.

Your business is too small to constitute a target

One thing you need to know about the virtual environment is that no one is immune to cyberattacks. It doesn’t matter if you’re a small startup, a huge corporation or an individual that has nothing to do with the world of entrepreneurship. It’s all the same for cybercriminals as long as you have something that they can take advantage of.

However, a lot of business owners are under the false impression that their enterprises are much too small for anyone to notice them or consider them viable targets. That, of course, is nothing but a myth. In fact, small businesses serve the purpose of malicious entities much better than larger players, given that they often operate without having a security system in place or their defences are too weak to withstand a cyberattack. They are nothing more than sitting ducks for the increasingly shrewd hackers that have perfected their skills and methods over the years.

Smaller businesses also have fewer resources to go after their attackers, meaning criminals often get away unpunished. So, it doesn’t matter if your company has 50 or 500 employees – you should still implement a solid security system and take all the necessary measures to limit the risk of data breaches and cyberattacks.

Your data is not valuable enough for cybercriminals

Another erroneous belief is that small companies have nothing that cybercriminals could find valuable. As a result, they don’t put too much effort into keeping it safe. Maybe you live under the false impression that the data your company collects and stores is only valuable to you and would be completely worthless to a third party. But here’s what you’re missing from the picture: as long as your data is important enough for you, it can also be exploited by hackers.

You might also think that as a startup that’s only getting off the ground, you don’t have much to lose, either. However, keep in mind that cyberattacks can cause major damage to businesses, regardless of size or the time they’ve been in the market. The GDPR gives victims the possibility to claim data breach compensation in the UK from an organisation if they are found liable for the incident, and that can affect not only their bottom line but also their reputation. You need to take into account both the short and long-term consequences that such an event might have on your business and weigh your options.

Cybersecurity is something that only concerns your IT team

Due to the nature and high degree of complexity of IT systems, it’s normal to have an in-house IT specialist, an entire department or an outside party to take care of cybersecurity for your company. However, that doesn’t mean they’re the only ones responsible for protecting the business against the risk of scams, phishing, data breaches and other types of cyberattacks that are prevalent in the virtual space.

A security system is only as strong as its weakest component. A cyberattack won’t target your IT department specifically but all members of your team. Considering over 90 percent of all cyberattacks are caused by human error, not by the lack of a proper security system, it’s important to make everyone aware of these threats and ensure all your staff receives proper training in this regard.

Strong passwords and an antivirus provide all the protection you need

It’s true that solid passwords and antivirus software play a key role in reducing exposure to cyber threats, but they only represent a small fraction of the measures you need to implement to keep your company safe. Given that businesses these days use a multitude of advanced tech solutions, there’s a need for equally advanced security systems. Therefore, it’s necessary to target cybersecurity from multiple angles in order to cover all your bases and leave no room for mistakes. It’s also crucial to create a backup and recovery plan in case cybercriminals manage to penetrate your defences and steal or damage your data.