Infotech Lead America: Cisco’s share in the overall security appliance market decreased to 15.5 percent in Q4 2012 from 17.7 percent in the previous year period.

Based on factory revenue in Q4 2012, Check Point is in second position — behind Cisco — with 12.7 percent share for the quarter as revenue increased 7.8 percent compared to the fourth quarter of 2011.

Fortinet had the largest revenue growth among the top five vendors at 27.2 percent.

The combined shares of the top 5 global vendors represented 46.3 percent of the market in Q4 2012,  showing a loss of 2.6 points compared to a year ago. Strong quarters from Blue Coat, Palo Alto Networks, Barracuda, Sourcefire, and Dell SonicWALL contributed to the increase in the share of Others.

IDC says the security appliance shipments increased 5.2 percent to 538,428 units, while worldwide factory revenue increased 7.2 percent year on year to $2.3 billion as compared to 6.3 percent in the previous quarter and 1.3 percent unit growth in Q3 2011. 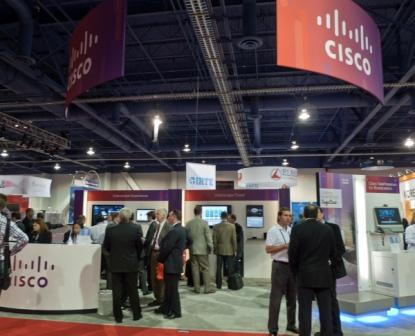 Asia/Pacific, excluding Japan (APeJ) continued to see the highest growth at 18.0 percent year over year, with a revenue share of 19.3 percent.

Western Europe growth improved in the final quarter of 2012 as factory revenue rose by 3.9 percent as compared to Q4 2011.

Japan registered the highest unit growth year over year at 25.1 percent, followed by APeJ at 17.4 percent.

The IPS segment declined by 3.6 percent compared to the previous year as these dedicated products prove to be stiff competition for UTM appliances in the mid-market. The Middle East and Africa (MEA) security appliance market also recorded year-on-year growth in both customer revenue and shipments in the final quarter of 2012, fuelled by the increasing instances of threats targeting the Middle East region.

Customer revenues were up by 8.3 percent as compared to Q4 2011, reaching $90.79m while shipments increased 9.4 percent over the same period to total 20,754 units. The UAE and Saudi Arabia were the key drivers of the region’s growth in customer revenue. UTM revenues increased by 20 percent year on year, forming a 37 percent share of the total security appliance market in Q4 2012.

Cisco maintained its lead in the MEA market too, despite a decline of 3 percent in customer revenue points, year on year, to 20 percent. Fortinet came a close second with 15 percent share of total sales, with tremendous double-digit growth in customer revenue of 36 percent when compared to Q4 2011.

The combined shares of the top five vendors accounted for 60 percent of the MEA market in Q4 2012, falling 2.5 percent on the final quarter of 2011. WatchGuard, Websense, and Sourcefire saw a strong quarter.