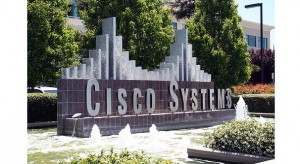 In the first quarter, factory revenue increased 9.7 percent and unit growth was 12.9 percent compared to Q1 2011.

Growth in shipment in Central & Eastern Europe was 18.5 percent.

Asia/Pacific (excluding Japan) and Canada were the only regions with double-digit year-over-year growth in factory revenue.

The United States market increased 8 percent in revenue on 4.8 percent growth in units, due to strong results in the unified threat management (UTM) segment.

Cisco has 17.6 percent share in factory revenue for the second quarter, but this was down from 18.9 percent in the prior year period.

Check Point is the second largest player with 13.0 percent share for the quarter as revenue increased 15.8 percent compared to the second quarter of 2011.

At third place, Fortinet has grown at 26.9 percent.

At the functional market level, the Firewall/VPN segment again saw the largest year-over-year revenue growth at 21.2 percent and accounted for 28.3 percent of the overall security appliance market in 2Q12.

IDC said this is a bit misleading as the growth is entirely due to shifts in Cisco’s revenue.