The growth of Cisco was driven in part by the acquisition of Sourcefire.

Juniper Networks share in the global security appliance market decreased to 6 percent from 6.4 percent. But it slipped to fifth rank from third position. 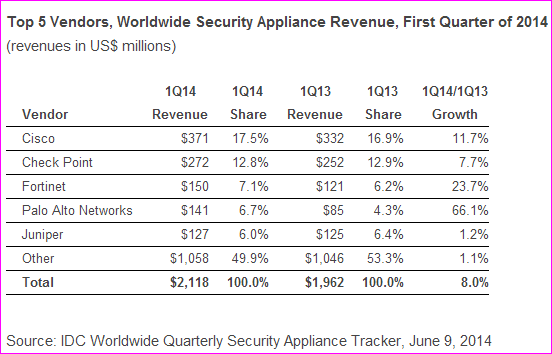 During the period, Fortinet retained third position, while Palo Alto edged up to fourth from fifth, said IDC.

The market size of security appliance market rose 8 percent to $2.1 billion in Q1 2014.