According to a press statement, the updated   Antivirus Nitro will arm users with security software that is smaller in size and designed to improve speed, boot time, download time and system performance.

Along with the Nitro Update come security and performance enhancements to Avast’s SafeZone browser, which isolates browsing sessions and gives users a much safer and more private browsing experience than a standard browser.

Independent research conducted by testing institution AV-Comparatives found that PCs run faster with the Avast Antivirus Nitro Update than with Windows Defender, which is on by default on Windows 10 PCs.

In the test, Avast’s impact on the system was two times smaller than that of Windows Defender.

Cyberattacks have become a profitable business for cybercriminals and the security landscape is, therefore, rapidly changing and threats are becoming more sophisticated.

Thus, the ability to identify and respond to threats that have never been seen before, in real time, is mission critical for consumer protection.

With the new CyberCapture feature, running in the cloud, users benefit from zero-second threat detection from yet-unknown security threats.

CyberCapture isolates unknown files in a safe environment and automatically establishes a two-way communication channel with the Avast Threat Labs for immediate analysis, providing a first-response line of defense against new threats.

Once a file is analyzed, Avast’s team will communicate with users to provide an update as to whether a file is considered “safe” or “dangerous.”

Users benefit from direct access to Avast’s security experts within the Threat Labs; this mechanism allows for faster response times to emerging threats and a more secure ecosystem overall. 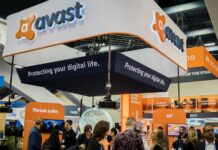