Intel Security released the findings of their phishing quiz which tested consumer knowledge of and ability to detect phishing emails.

More than 19,000 respondents were surveyed across 144 countries but only 3 percent correctly identified the example.

According to the finding 80 percent of all respondents misidentified at least one of the phishing emails which is all it takes to fall victim to an attack.

Out of the 144 countries represented in the survey, the five best performing countries are France, Sweden, Hungary, the Netherlands Spain.

The US ranked 27 overall in ability to detect phishing with 68 percent accuracy and Iowa is the state with the most correct responses with an average of 68 percent questions answered correctly.

Also, the country with the fewest correct answers is North Dakota with 56 percent.

The report also mentioned that New Yorkers and Californians answered 66.44% and 65.73% of the questions correct respectively, below the national average.

Globally, the 35-44 year old age group answered an average of 68 percent questions accurately and is the best performing group.

On the other side, if men and women are compared, men gave slightly more correct answers than women, averaging a 67% accuracy rate versus a 63% rate for women.

The Intel Security official has also offered some advices to better protect from becoming a victim of phishing scam.

“Review your emails carefully and check for typical phishing clues including poor visuals and incorrect grammar, which may indicate that the email was sent by a scammer,” said Gary Davis, Chief Consumer Security Evangelist at Intel Security. 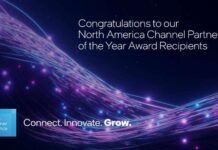