3Q13 marks the first full quarter in which 802.11ac products were widely available, and 3 percent of access points sold were based on this new standard.

Independent access point revenue is down 40 percent year-over-year in 3Q13, reflecting the shift toward centrally-managed WLAN. 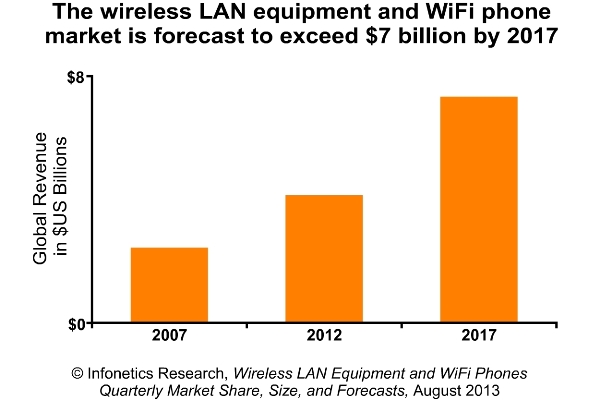 After a tough couple of years, Wi-Fi phone shipments are growing again on a year-over-year basis.

“After 15 quarters of double-digit year-over-year growth, WLAN equipment growth fell below the 10 percent mark in the third quarter of 2013, due to the 802.11n transition nearing completion and 802.11ac not yet having a significant effect on the market,” said Matthias Machowinski, directing analyst for enterprise networks and video at Infonetics Research.