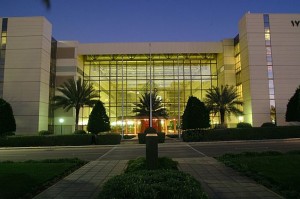 The Saudi Arabian research agency wanted to create a future-proof network infrastructure to support bandwidth-intensive research applications and data sharing across global universities and research agencies such as the International Atomic Energy Agency and UNESCO.

A KACST official said factors such as an increasing number of employees and deployment of bandwidth-intensive applications like Oracle ERP, wireless applications as well as external services to share data with international agencies led to strain on the underlying infrastructure.

“We had plans to go wireless to increase user productivity, but were being held back by the limitations of a network that could not deliver the kind of performance we required. The need for a more stable, high-performance network was becoming increasingly obvious to us, and we knew that the success of a number of our future initiatives would depend on a strong and reliable foundation,” said Hasan Alhowimel, assistant of IT Directory and Network Engineer at KACST.

Moreover, KACST deployed Brocade VDX 6720 Switches to provide reliability and performance, while paving the way for the institution to deploy Brocade VCS Fabric technology and private cloud services in the future.

As part of the network upgrade, the Brocade ADX Series of application delivery switches allowed KACST to achieve significant performance benefits from its Web portal. The Brocade ADX switches have future-proofed the KACST for IPv6 support, enabling a seamless migration to this technology as required.

Since the network upgrade, KACST has seen improved performance and a increase in the speed of its many applications and Web services. The agency has deployed its wireless network, which effortlessly manages the additional load from personal mobile devices, the security infrastructure and attendance systems.