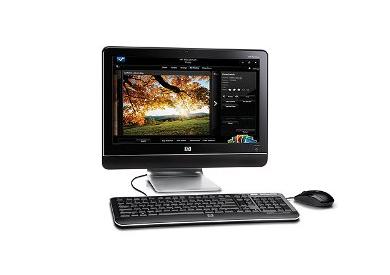 HP is leading the PC market.

“In the second quarter of 2012, the PC market suffered through its seventh consecutive quarter of flat to single-digit growth. Uncertainties in the economy in various regions, as well as consumer’s low interest in PC purchases, were some of the key influencers of slow PC shipment growth. Despite the high expectations for the thin and light notebook segment, Ultrabooks, shipment volume was small and little impact on overall shipment growth,” said Mikako Kitagawa, principal analyst at Gartner.

Consumers are less interested in spending on PCs as there are other technology product and services, such as smartphones and media tablets.

HP is leading the worldwide PC shipments. It accounted for 14.9 percent of the market, but its global shipments declined 12.1 percent.

Some of HP’s disappointing results are due to internal issues from the organizational changes. HP’s PC business has not been back to pre re-structuring level. The company faced pricing from Lenovo in the professional market, and threats from ASUS and Samsung in the crowded consumer markets.

Note: Data includes desk-based PCs and mobile PCs, including mini-notebooks but not media tablets such as the iPad.

Acer managed to increase shipments compared to a year ago.

Dell has been in a process of transforming itself from a PC supplier to solution provider for professional markets. Dell showed year on year shipment decline across all regions, but EMEA and Asia/Pacific were particularly challenging markets.

PC shipments in EMEA totaled 25.1 million units in the second quarter of 2012, a 1.9 percent increase from the same period last year.

The Asia/Pacific PC market grew 2 percent, as shipments reached 31.8 million units. The weak U.S. and European economic situation, coupled with the slowing economy in China, affected the region’s market sentiments where people reacted by scaling back on spending due to the uncertainties. There was the tightening of budgets in the professional segment, as well as a lack in new government initiatives to stimulate IT purchasing activities. Consumers either spent on alternative devices or remained cautious on discretionary spending. 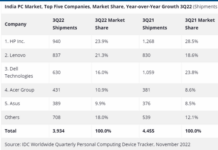 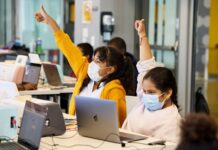