While it was cloud that influenced the IT in 2014, the New Year is going to witness increased activities in software-defined everything and the Internet of Things (IoT), says Dan Pickett, CEO, nfrastructure.

The following are the major 2015 networking technology predictions from nfrastructure.

The Continued Consumerization of IT

The “Consumerization of IT” was not even a thing until this past year. With Bring Your Own Device becoming the norm, so did all levels of employees using software and services that were once strictly used by the IT department. 2015 will see IT continue to move outside of the IT department to all areas of the enterprise, ranging from marketing to call centers. These end users, who previously had little access, will feel empowered by new technological advances. While this could pose an issue to the IT department, we predict that this will actually allow the IT department to develop new rules and regulations to tackle new issues that may arise with security, interoperability and bandwidth requirements.

The consumerization of IT will also lead to the continued dominance of the Chief Technology Officer. As technology further makes its way into other departments in the enterprise, the CTO is being seen as not just the head of the IT department, but as a mission-critical member of the C-Suite. In 2015, the CTO will become more of a strategic asset as companies look to them for not just guidance for basic technology issues, but also for strategic insights into new and upcoming innovations and business practices.

The Internet of Everything

The Internet of Things has been on the rise for the past few years. By 2015, Cisco predicts that there will be over 7.2 billion people and over 25 billion connected devices in the world. And, thinking way ahead here, Gartner predicts that by 2020 that number will skyrocket to 26 billion units.

The Internet of Everything starts with properly preparing your network infrastructure. 2015 will prove to be a time when enterprises prepare their network to account for the extra level of connectivity. This means making sure network speeds, bandwidth and interoperability are up to par to handle the mass amounts of data that will be optimized. And, as more companies get more connected, it will become an arms race to either keep up or stay ahead as a leader in any given industry, which will increase the need to rapidly and confidently deploy a variety of connected technologies, at scale.

Enterprises will also need to maintain a focus on security, especially as everything becomes more connected. A trend for 2015 needs to be less data breaches than 2014, not more. This starts with enterprises taking the proper security precautions and ensuring all passwords are encrypted and up-to-date, it is clear exactly who has access to what information and what is being done with that information. If information is stored in the cloud, now is the time to make sure that information is visible only to those with the credentials. From a hardware perspective, 2015 will offer enterprises the chance to make sure those connected printers are not storing sensitive financial information or that employee’s phones aren’t transmitting GPS data at all times.

Prepare to Be Disrupted

Both the consumerization of IT and the rise of the Internet of Everything have allowed end-users and consumers to come to expect faster speeds at all times. Faster connection speeds have been enabled by the removal of physical barriers, WiFi being readily available and continuous automatic updates. In 2015, Gartner predicts that more than half of traditional consumer products will go digital.  Despite the strain on networks, end-users will require that these products have no delay in development or deployment. We predict that a challenge in 2015 will be to ensure that networks can keep up with the pace of disruptive innovation. Highly customized, mission-critical networks are a must-have moving into a year that will offer even higher numbers of disruptive technologies.

Moving into the New Year, enterprises should keep an eye out on what is to come and prepare budgets and plans accordingly. Proper planning and implementation will ensure that no enterprise is caught off guard by the disruptive technology landscape that will be 2015. In fact, enterprises who prepare for these changes now will be ahead of the competition and ready to use the Internet of Everything and disruptive innovations to their advantage. 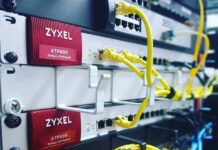