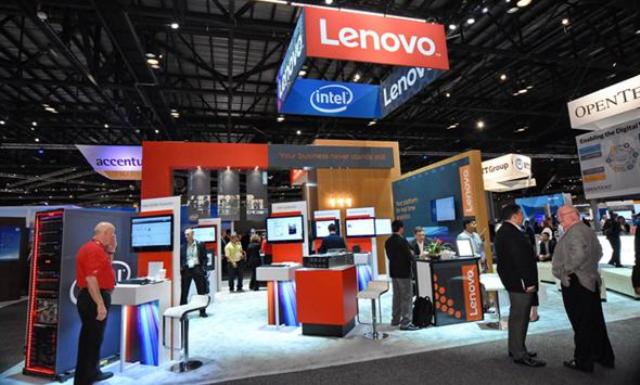 Though global trade and geo-political uncertainties persist, they continue to have a negligible material impact on the financial performance of the company. Lenovo’s global footprint and majority-owned manufacturing base are propelling the company’s market-leading position, Yang Yuanqing, chairman and CEO of Lenovo, said.

Lenovo will continue its investment in its mobile business to drive growth opportunities in select new and profitable markets.

Data Center Group (DCG) revenue declined 13.8 percent as a result of lower prices for key components and softness in demand from some of the largest hyperscale customers. Revenue – excluding Hyperscale – grew almost 13 percent with China reporting more than 47 percent increase in non-hyperscale revenue.

The data center group will continue its growth in non-hyperscale including segments like SDI and storage, while also investing in new Edge, Telco and AI infrastructure opportunities. The Hyperscale customer base is expected to expand and return to growth in the second half of this fiscal year.

Software and Services revenue grew 35 percent to almost $900 million. Device as a Services (DaaS), premier support service and managed services all grew significantly to contribute to this performance. This business is expected to exceed $1 billion per quarter very soon.

China’s Lenovo Group, the world’s largest PC maker, warned in August that it would have to increase prices if U.S. tariffs increased, and that shifting manufacturing from China to avoid tariffs could further bump up costs, CNBC reported.

Laptop computers are among $156 billion worth of Chinese goods that Washington has threatened to hit with tariffs on Dec. 15, along with cell phones and toys.

Beijing is expected to ask Washington to drop that plan as part of a deal both sides say they are close to finalising on some parts of a trade agreement.

The PC market grew 1.1 percent in the quarter to September, as customers replaced machines to migrate to Windows 10, research firm Gartner said. Lenovo has 24.7 percent market share during the quarter, ahead of rivals HP and Dell.

Market research firm IDC said in October that sales during the quarter were boosted by the threat of higher tariffs which spurred PC makers to ship additional desktops and notebooks, although some were hampered by supply constraints.