Kingston Technology has been ranked top third-party DRAM module supplier in the world, according to the latest rankings by revenue from analyst firm TrendForce. 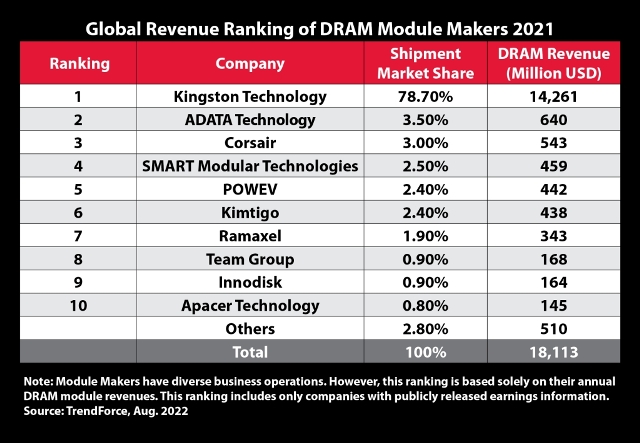 Kingston is one of the leading buyers of DRAM chips in the world. Kingston provides a highly customized production model which has led to continuous growth in shipment scale and drove increased revenue by 8 percent.

“As we celebrate our 35-year anniversary, it reinforces our company’s strength, position and importance in the industry as we maintain the top spot for the 19th consecutive year. Kingston Is With You and we stand ready to support high volume demands,” said Craig Tilmont, senior director of marketing, Kingston. 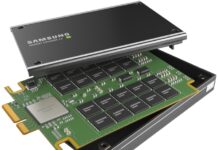 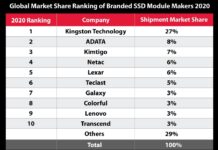 Kingston is the number one supplier of SSDs in channels: TrendForce 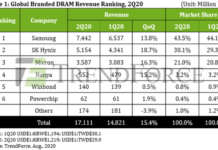