Intel has won a second-phase contract in a project aimed at helping the U.S. military make more advanced semiconductors within the United States.

Intel will help the military develop prototypes of chips using its semiconductor packaging technology at factories in Arizona and Oregon.

Intel said the packaging technology allows pieces of chips called “chiplets” from different providers to be combined into one package, helping cram more features into a smaller finished product while lowering its power consumption.

Intel declined to disclose financial details of the contract, which is being overseen by the Naval Surface Warfare Center, Crane Division. Intel won part of the first phase of the contract in 2019.

Intel’s work with the Defense Department comes as U.S. officials focus on boosting domestic semiconductor manufacturing in response to the rise of China as a strategic competitor. About 75 percent of the world’s chipmaking capacity is in Asia, with many of the most advanced plants in Taiwan and Korea, within the reach of the Chinese and North Korean militaries.

“I think one of the areas where we can have the most impact on China broadly is re-shoring microelectronics,” Ellen Lord, the Pentagon’s chief weapons buyer, told the U.S. Senate Armed Services Committee in a hearing on Thursday.

Intel is one of three companies in the world that can make highly advanced computer chips. The other two – Taiwan Semiconductor Manufacturing and Samsung Electronics – have packaging technology similar to Intel’s.

Intel has been working on the technology longer and can perform the work in the United States, which the other two cannot, said Dan Hutcheson, chief executive officer of VLSI Research. 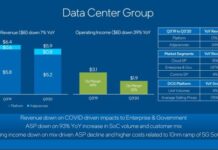 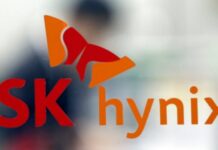 How SK Hynix will benefit from Intel’s NAND Flash business