“In 2019, we gained share in an expanded addressable market that demands more performance to process, move and store data,” said Bob Swan, Intel CEO. “One year into our long-term financial plan, we have outperformed our revenue and EPS expectations.”
Intel is expecting record revenue of approximately $73.5 billion in 2020 and approximately $19 billion in the first quarter.

Other major chipmakers such as Taiwan Semiconductor Manufacturing (TSMC) and Texas Instruments have also given upbeat forecasts this month, cementing hopes of a rebound in the market that fell nearly 12 percent in 2019, according to research firm Gartner.

However, Intel has struggled with delays in its 10nm chip technology, losing its lead to rival TSMC in the race to supply to the “new data economy”, which includes 5G, autonomous vehicles and artificial intelligence, Reuters reported.

Chipset company AMD has partnered with TSMC to launch several new products based on the smaller 7nm design. Intel said on Thursday it would release nine 10nm products this year and launch its lead 7nm product next year.

Intel has also been facing a shortage of PC chips, and the company said it would boost its capacity to make such chips, in a sign that the manufacturing woes that plagued chipmakers over the past year were starting to ease.

Internet of Things Group (IOTG) revenue rose 13 percent to $920 million on strength in retail and transportation.

Mobileye has achieved 31 percent increase in revenue to $240 million on increasing ADAS adoption. 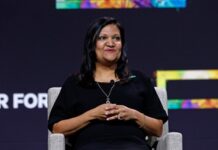