Intel reported revenue of $19.6 billion during the second-quarter of 2021. 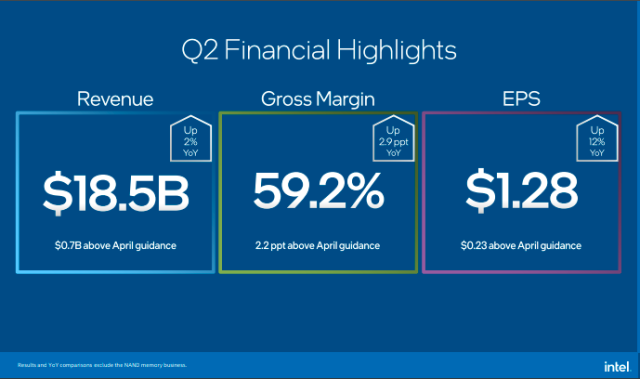 Chipmaker said on Thursday it still faces supply chain constraints and gave an annual sales forecast that implied a weak end of the year.

Intel Chief Executive Officer Pat Gelsinger declined to comment on a recent report that Intel is looking to buy GlobalFoundries for $30 billion to bolster its foundry efforts.

Gelsinger said Intel could sell more chips if it could make more chips. Even though the company runs its own factories, it still faces supply constraints from its own suppliers of materials and equipment.

“We are helping them build factories as fast as they can,” Gelsinger told Reuters. “But it will be one of those things that just takes a couple years to fully catch up to this explosive demand we’re seeing, and we have better tools to address it than others.”

Intel to invest $95 bn to boost chip capacity in Europe