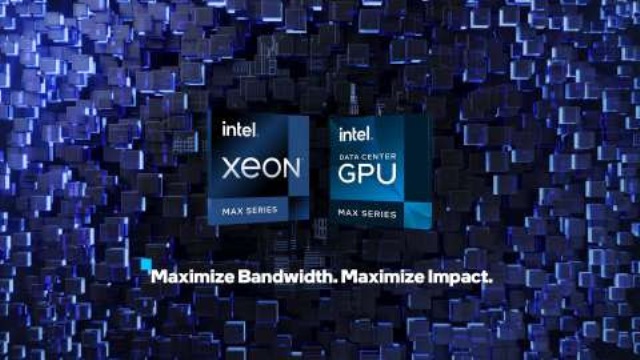 The Xeon Max CPU is the first and only x86-based processor with high bandwidth memory, accelerating many HPC workloads without the need for code changes. The Max Series GPU is Intel’s highest density processor, packing over 100 billion transistors into a 47-tile package with up to 128 gigabytes (GB) of high bandwidth memory.

Max Series GPUs deliver up to 128 Xe-HPC cores, the new foundational architecture targeted at the most demanding computing workloads.

408MB of L2 cache – the highest in the industry – and 64MB of L1 cache to increase throughput and performance.

The only HPC/AI GPU with native ray tracing acceleration, designed to speed scientific visualization and animation.

Physics: 1.5x improvement over A100 for NekRS virtual reactor simulations.

In 2023, the Aurora supercomputer, currently under construction at Argonne National Laboratory, is expected to become the first supercomputer to exceed 2 exaflops of peak double-precision compute performance3. Aurora will also be the first to showcase the power of pairing Max Series GPUs and CPUs in a single system, with more than 10,000 blades, each containing six Max Series GPUs and two Xeon Max CPUs.

In advance of SC22, Argonne and Intel unveiled Sunspot, Aurora’s Test Development System consisting of 128 production blades. Researchers from the Aurora Early Science Program will have access to the system beginning in late 2022. 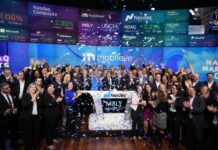