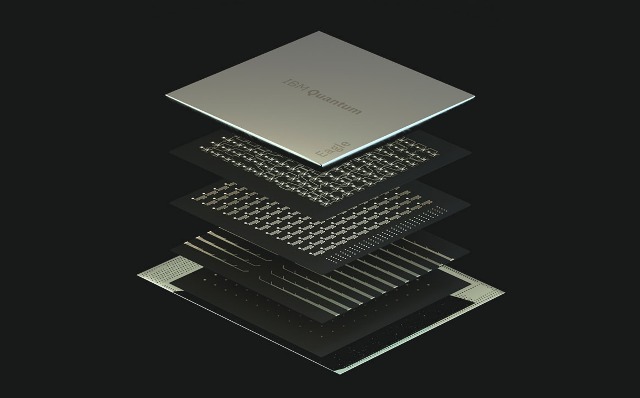 Eagle is IBM’s first quantum processor developed and deployed to contain more than 100 operational and connected qubits. IBM unveiled 65-qubit Hummingbird processor in 2020 and the 27-qubit Falcon processor in 2019.

While Apple’s M1 Max chip has 57 billion transistors – a rough proxy for bits – IBM says that its new Eagle chip is the first to have more than 100 qubits.

The first Eagle processor is available as an exploratory device on the IBM Cloud to select members of the IBM Quantum Network.