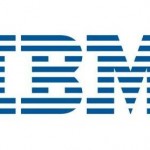 Fujitsu, driven by its K system deployment, has more than 16.1 percent of the worldwide revenue in Q3.

However, over the first three quarters of 2012, Dell maintained its third position.

The HPC technical server market will reach $11 billion for the full year 2012, expanding by about 7 percent over 2011 revenues of $10.3 billion.

The growth in Q3 was fuelled by very large systems sold by Fujitsu and IBM.

The brightest spot continued to be the high-end Supercomputers segment, consisting of HPC systems sold for $500,000 and up. Revenue in this segment jumped 80.6 percent over the second quarter of 2012 to $2.1 billion.

Revenue from Workgroup HPC systems, sold for below $100,000, grew slightly at 5.4 percent compared to 2Q12, and declined 8.8 percent year over year. Workgroup HPC systems were especially hard hit by the global economic recession, but IDC expects this segment to rebound in the coming five-year period.

Third quarter 2012 unit shipments of 23,659 increased by 3.4 percent over the previous quarter, as average selling prices continued to grow during an ongoing, multi-year shift to large system sales.

IDC expects the HPC technical server market to experience a compound annual growth rate (CAGR) of 7.3 percent over the 2012-2016 forecast period to reach revenues of $14 billion by 2016.