Saxo Bank’s IT infrastructure platform executed 22.5 million trades worth hundreds of billions of Euros in 2014 alone. The IT platform offers over 30,000 financial instruments available in over 20 languages that is also white-labeled by more than 100 major financial institutions.

“Our IT platform has thousands of feeds, some of which are updated several times a second and in volatile markets the number of trades can drastically increase,” said Robert Smith, IT Procurement Manager for Saxo Bank.

Saxo runs a redundant infrastructure with full active-active networks, data centers, switches, servers and applications that are physically separated across geographies and even at the individual sites level. 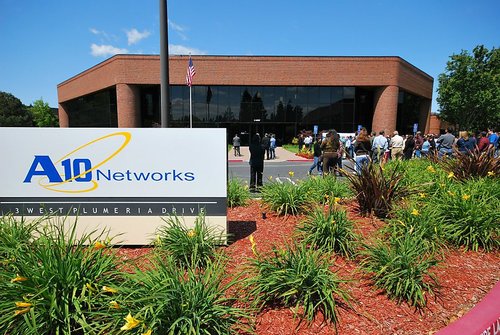 Application traffic management is an important component for Saxo. As a predominately Cisco-focused networking environment, the end of support for the vendor’s ACE product prompted a major revaluation.

The test for SSL offloading capability, which allows the bank to place its critical encryption processes in the dedicated A10 hardware and remove the workload from its application servers, comfortably ran tens of thousands of new SSL sessions — even with the 2K encryption keys used to provide deep security for transactions.

Sanjay Kapoor, VP of Global Marketing for A10 Networks, said: “A10 Thunder ADCs provide agility, scalability and security to organizations, enabling them to meet high-performance demands quickly and efficiently.”