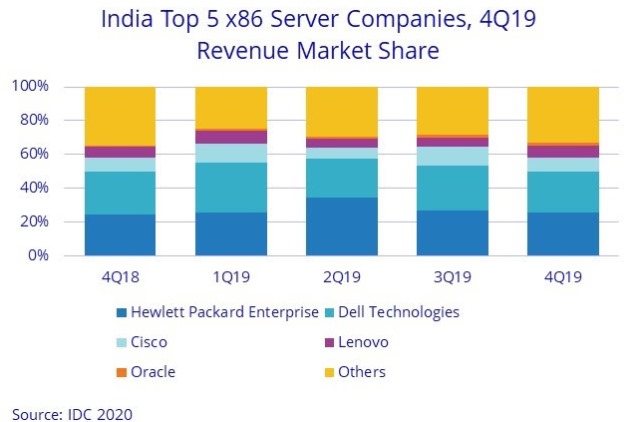 The x86 server market accounts for 88.1 percent of the overall server market in terms of revenue. The contribution to the x86 server business primarily came from professional services, education, telecommunications, manufacturing, and banking verticals.

Large deals were witnessed from telecommunication vendors, nationalized and payment banks, high-tech semiconductor manufacturing companies, and education in India, during 4Q19.
The x86 server revenue declined 1.2 percent to $264 million in 4Q19 from $267.1 million in 4Q18.

Server spending from verticals such as banking, telecommunications, and manufacturing grew 33.5 percent, 42.9 percent, and 18.4 percent respectively.

Hewlett Packard Enterprise (HPE) and Dell Technologies are the leaders in the India x86 server market with a revenue share of 25.4 percent and 24.5 percent respectively.

Cisco, with a revenue share of 8.4 percent and revenue of $22.3 million, is in the third position.

Lenovo came in fourth accounting for a revenue share of 6.6 percent and a revenue of $17.5 million. 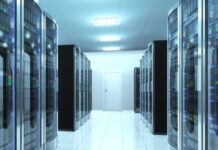 Server and storage revenue to drop in 2020 due to coronavirus: IDC 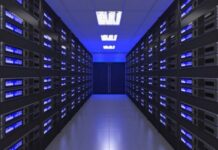 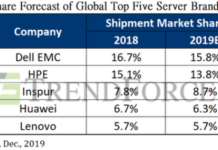