Adelman will assume a new role at the company as Special Advisor for Strategy and Global Policy.

“I am proud to have been part of a team that has built a terrific business. I’ve spent close to a decade with Go Daddy, and it has been an amazing and rewarding time in my life. As much as I have enjoyed my roles as CEO and formerly as President and Chief Operating Officer, I have reached a juncture in my life when I would like to spend more time with my family,” Adelman explained.

Adelman is changing roles during a period of strong momentum at Go Daddy. In late 2011, the company received an investment from KKR, Silver Lake, and Technology Crossover Ventures to fuel growth. Since then, the company has accelerated its international expansion efforts, including major investments in India. In 2011, Go Daddy also set a record financial performance, surpassing $1.1 billion in sales, and surpassed the 10 million customer mark worldwide.

Over the last year, Go Daddy has also added new products to better serve its customers. With the recent acquisition of Outright, a provider of data-driven and community-enabled financial management applications, it has expanded its leading portfolio of cloud-based products to help small and medium-sized businesses build their businesses online.

“Warren has been an exceptionally valuable member of our team as both President and COO and recently as CEO and has been instrumental in the spectacular growth of Go Daddy over the past nine years,” said Go Daddy Executive Chairman and Founder Bob Parsons.

Scott Wagner joins Go Daddy from KKR’s portfolio operations team, KKR Capstone, which he joined in 2000. He co-leads KKR Capstone’s activities in North America and has held a number of roles with KKR’s investments in the technology and media sectors. Wagner is familiar with Go Daddy, having spent the last year working with the company building up its international strategy. 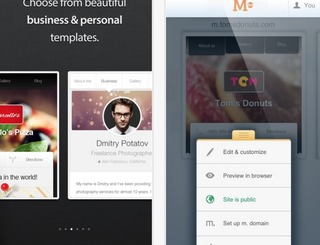 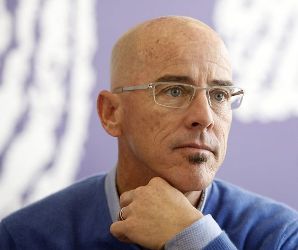