The call center with offices in 100 plus delivery sites in over 20 countries will achieve automatic and intelligent line failover with FatPipe.

The company said FatPipe SD-WAN technology at multiple sites keep calls connected even when lines failed without dropping calls or shutting down IP telephones and assures connectivity to all calls.

Earlier, the company was losing hundreds of thousands of dollars due to intermittent failures of its VoIP system while also losing business with halting productivity.

The company was using VoIP over an MPLS network to connect to customers and lost over 21,000 hours in productivity.

Meanwhile, the company selected FatPipe for its various locations around the world to failover calls to alternative connections when disruptions or line failures occurred.

The company did not replace its older routers or switches as FatPipe SD-WAN technology works with any type of router and saved millions of dollars.

With FatPipe, the company has also experienced increase in productivity exponentially and increase in customer satisfaction. 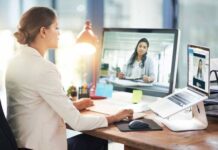 Perfect VoIP and video conferencing: how to avoid digital mush