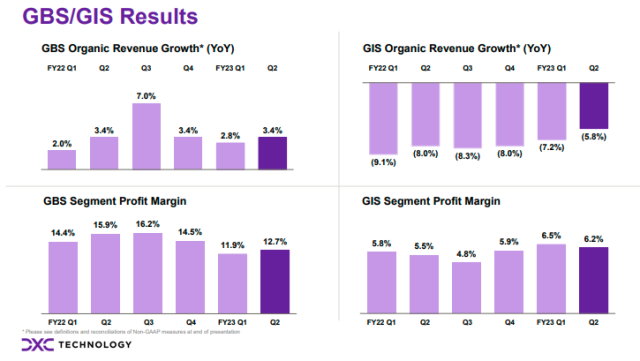 GBS segment profit was $218 million and segment profit margin was 12.7 percent, down 320 bps compared to prior year period, due mainly to investments in workforce and the costs related to the exit of business in Russia. GBS bookings for the quarter were $1.7 billion for a book-to-bill of 0.96x, and 1.18x on a trailing twelve months basis.

GIS segment profit was $114 million with a segment profit margin of 6.2 percent, a 70 bps margin expansion as compared to second quarter of fiscal year 2022. GIS bookings were $1.3 billion in the quarter for a book-to-bill of 0.71x, and 0.91x on a trailing twelve months basis. 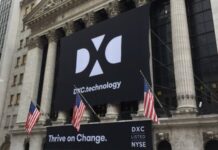